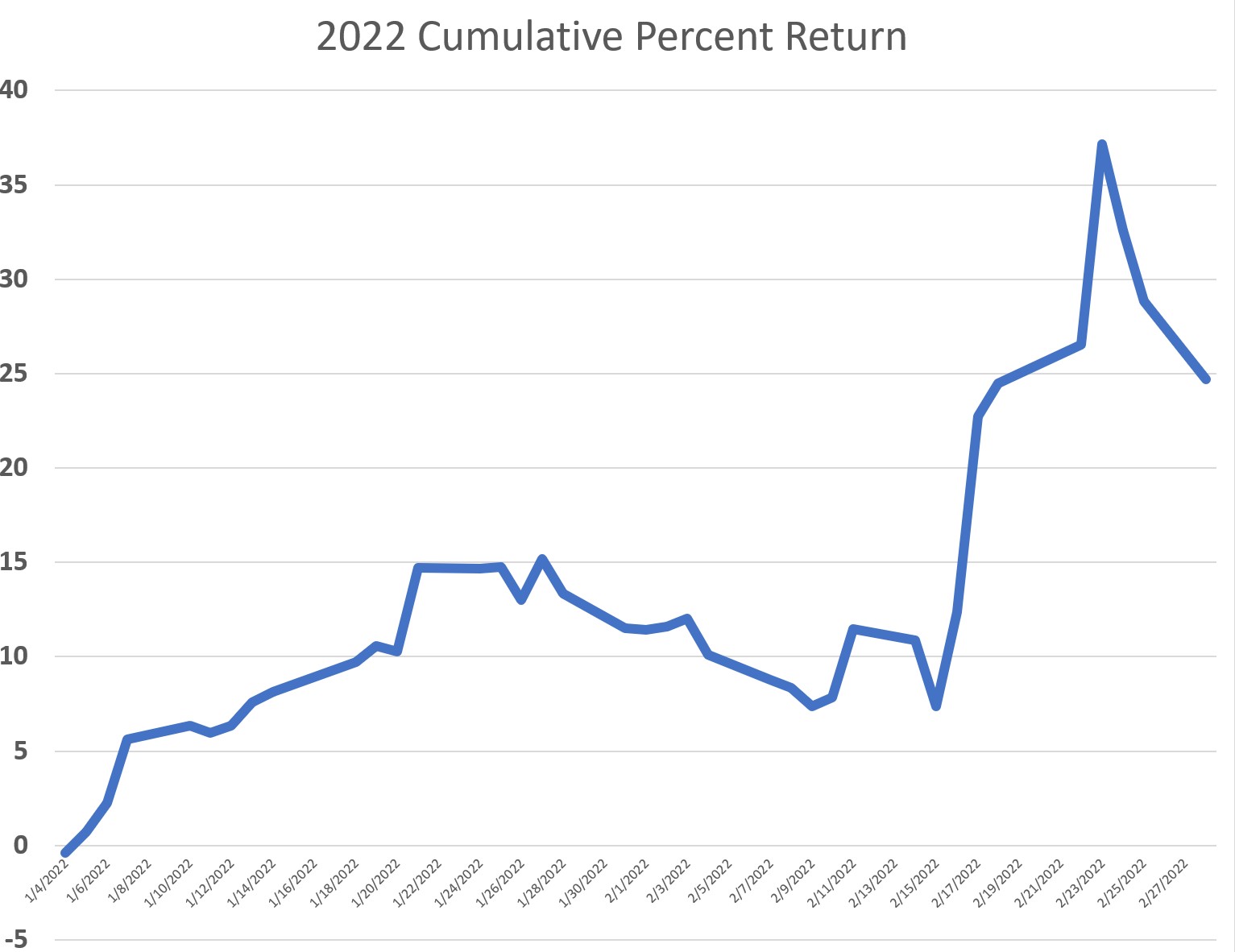 In my January review, I told you how the smallcap market was dead and I made very few trades. The smallcap market continued to be dead for most of February. Thus, I decided to adapt and I worked hard on some largecap strategies. However, this time I wasn’t going to make the same mistakes as last year and try out new strategies before they were thoroughly tested. I spent several hours working on some new strategies, and took a lot of time backtesting them before I put real money at risk.

It paid off. I finished with a more profitable month than January, In fact, all my profits came from largecaps. The few smallcap trades I made ended up being losers. Here’s the stats from Edgewonk.

Similar to January, I took very few trades, but I made them count. I ended up with a +10.74R profit (meaning I made 10.74x the money I risked), and a 19.16% realized return on my capital. Also, unlike January, I had some multi-R winners.

Similar to January, I didn’t make trades every day. I had 9 days I closed trades on, with most of them being green.

My return in February, including long-term positions that are not closed out, finished at +11.8%. In contrast, SPX hade a -3.1% return for the month. My YTD cumulative return now stands at 24.7%, whereas SPX is -8.8%. Here’s a YTD graph. The drawdown the past 3 days is mainly due to some unrealized changes in the value of some long-term short positions I have (due to the huge spike in the markets the past 3 days).

I’m hoping now that, with some of the newer largecap strategies I’ve developed, along with my repertoire of smallcap strategies, that I’ll have a variety of strategies to draw on in March for many more green days and bigger returns. The wildcard will be my long-term short positions, which are mainly focused on the crypto markets.